Is the driving test getting more difficult? 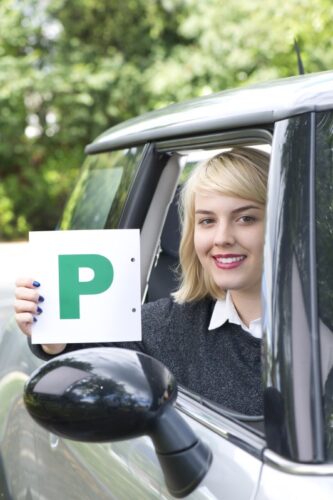 It’s just over a year since some changes were made to the practical driving test, these were:

So, what affect have these changes had, if any, on the overall pass rate and is there any evidence to show that the driving test is in fact getting easier or more difficult?

According to official figures, since the changes were implemented in December 2017 the pass rate has been 45.5% (up-to December 2018). Although this is slightly lower than some recent years the pass rate has fluctuated by only a couple of percentage points for the last 9 years (https://www.gov.uk/government/statistical-data-sets/driving-test-failure-reasons-data).

As the DVSA’s Chief driving examiner Mark Winn explains, the driving test changes weren’t made to make it more difficult; “The driving test was changed to make sure new drivers have the skills they need to help them through a lifetime of safe driving – not to make it harder,”

“The old driving test spent a disproportionate amount of time on low-risk roads, such as housing estates, largely to access locations to carry out manoeuvring exercises. The changed manoeuvres, while testing the same skills, are more representative of what new drivers will encounter in their everyday driving.”

Does the longer independent driving mean that it is easier to pass in quieter areas?

Some of the statistics may prove this point as half of London’s test centres have the lowest pass rates. However, looking at those figures in isolation cannot link them directly back to the changes that were made recently.

However, Bruce Johnston, a driving instructor from Haddington, East Lothian, a small town with one of the highest pass rates in Britain explains there are also challenging conditions in quieter areas too; “There is a lot of country road driving now in the test. There are narrower roads which can’t fit two cars. It’s all about anticipating what’s around the corner.”

Why do candidates fail their test?

For more than 10 years, incorrectly observing traffic at junctions has been the top cause for driving test candidates to fail their test, closely followed by using mirrors correctly when changing direction. Something to remember if you’re learning to drive at the moment!

Here are the top 10 reasons for candidates failing their test, as published by the Driving & Vehicle Standards Agency:

In our opinion, the recent changes made to the driving test cannot specifically be linked to any data to suggest that the driving test is getting any more difficult (or easier!). It is always our aim to make sure our pupils are the safest drivers they can be. As the amount of traffic increases on our roads and driving conditions change with the introduction of new technology (Sat Navs for example) we welcome any changes to the driving test that make our roads safer.

Ryan is amazing! Annabel passed with 20 lessons (40 hours) without any extra driving sessions