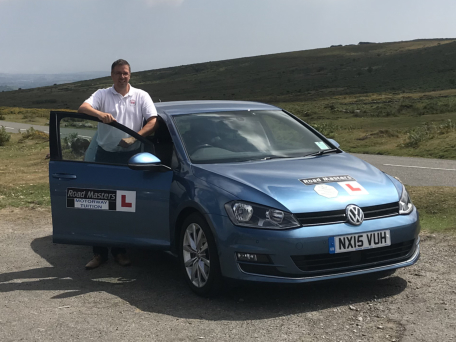 Ryan qualified as a Driving Standards Agency Approved Driving Instructor in 2000 and became the first Exeter based driving instructor for Kingsley’s School of Motoring. After helping establish the Kingsley’s driving school in Exeter, and finding his teaching skills and easy-going personality were in demand, Ryan decided it was time to start his own driver training business. He hasn’t looked back since and now based in Kingsteignton, provides driving schools in Newton Abbot, Exeter and the surrounding areas.

In over 19 years Road Masters Driving Schools in Exeter has helped hundreds of people to pass and enjoy the independence of a full driving licence.

I will definitely recommend to anyone

Thank you Ryan, I passed my driving test for the first time. I will definitely recommend to anyone. Thank you